April 21, 2017 (OAKLAND, CA) – Oakland city officials announced the successful completion of training exercises for new recruits performed this week by the city’s fire department at the Dominion Life Christian Center, a former movie theater converted into a church and now set for demolition.

The Oakland Fire Department is working with local construction company Sierra View, who’s in charge of the church’s demolition, to create and execute the training program for its rookie firefighters. Sierra View’s President Mark Davis was more than happy to donate the site for the department’s training exercises.

“In light of recent events, we think it’s important for Oakland’s firefighters to be fully prepared for emergency situations”, Davis said. “The city has a limited budget, so we donated the site to provide real-world experience with these structures before we demolish it”.

The announcement comes after a string of local fires has citizens worried.

It took 52 firefighters over five hours to extinguish the Ghost Ship fire, and drone aircraft with thermal imaging were used to search for survivors after the roof collapsed and made entering the building impossible.

These fires highlight the need for the Oakland Fire Department to continue training on these real-life structures, offering them a unique training opportunity more similar to structural fires they have been responding to. The department has been expanding its personnel in response to these recent incidents in an effort to prevent similar incidents from reoccurring.

This week’s training is part of a broad plan by the city to ensure the safety of its citizens. In addition, the city is doubling the number of fire inspectors to ensure fire prevention is a more prominent part of the city’s overall efforts. 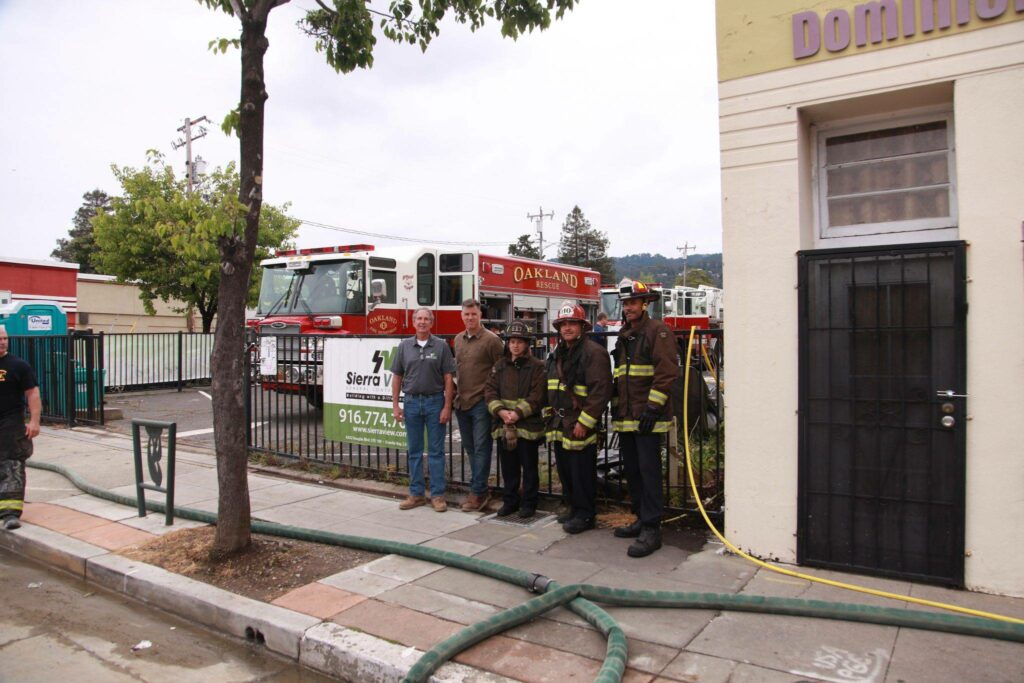 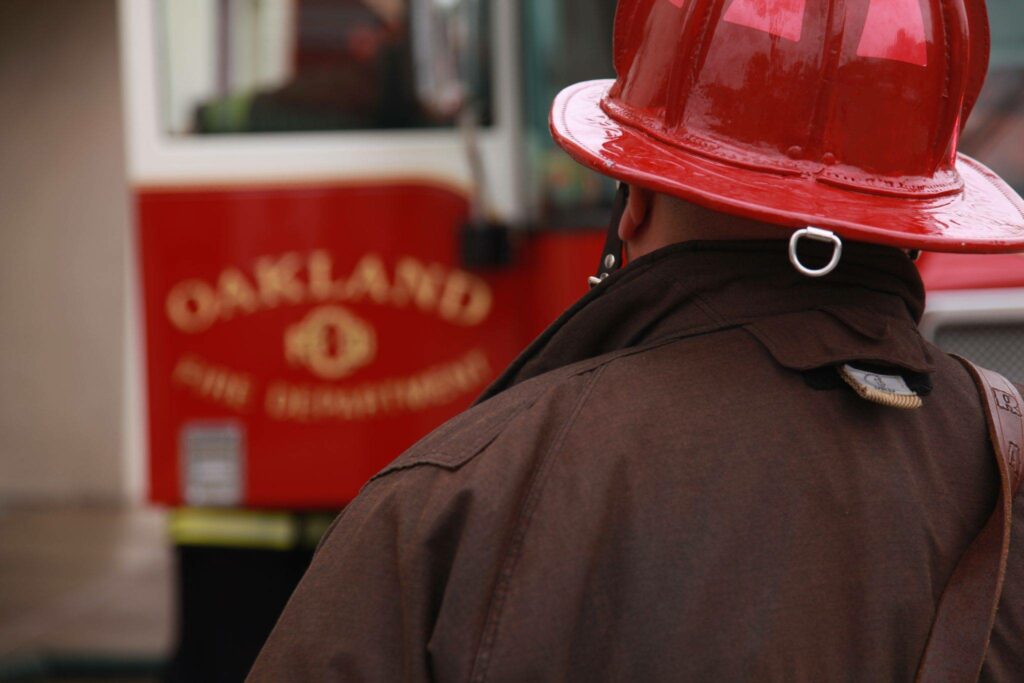 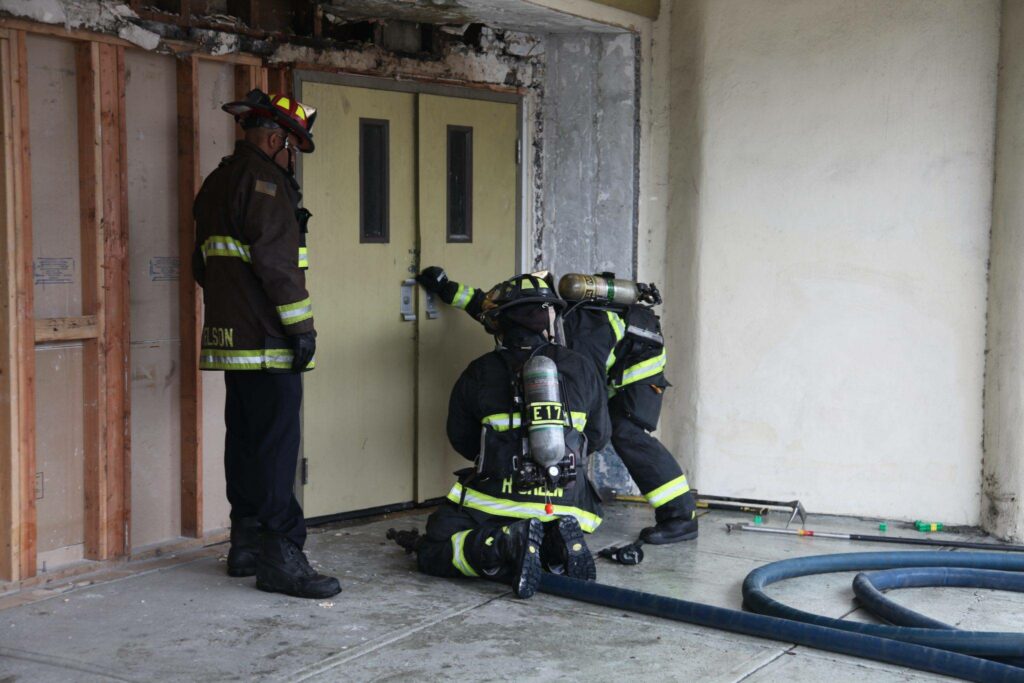 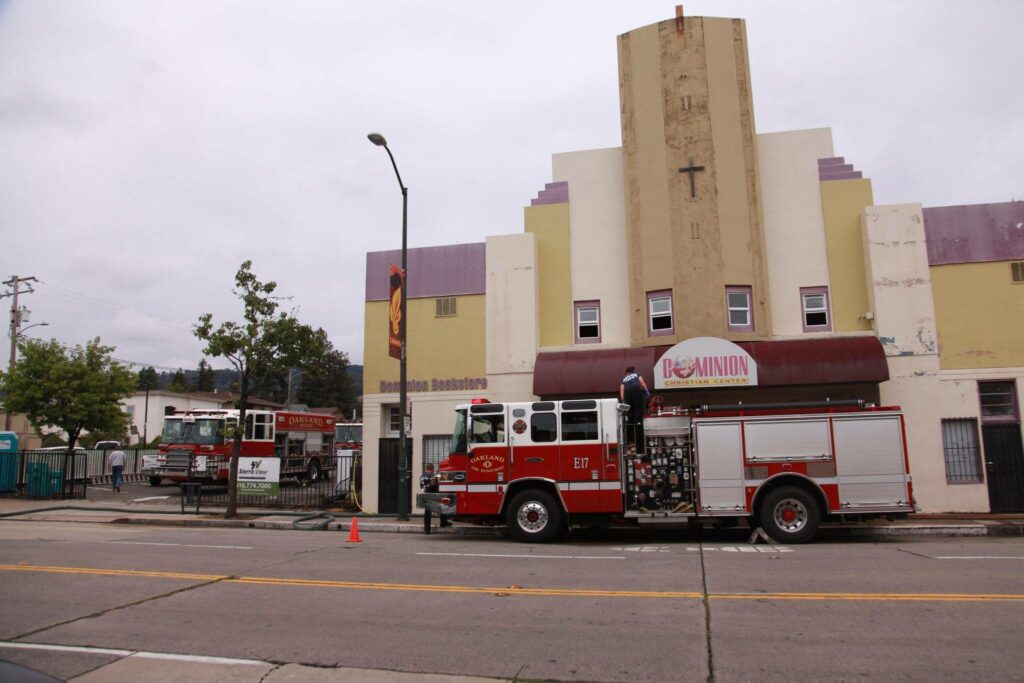 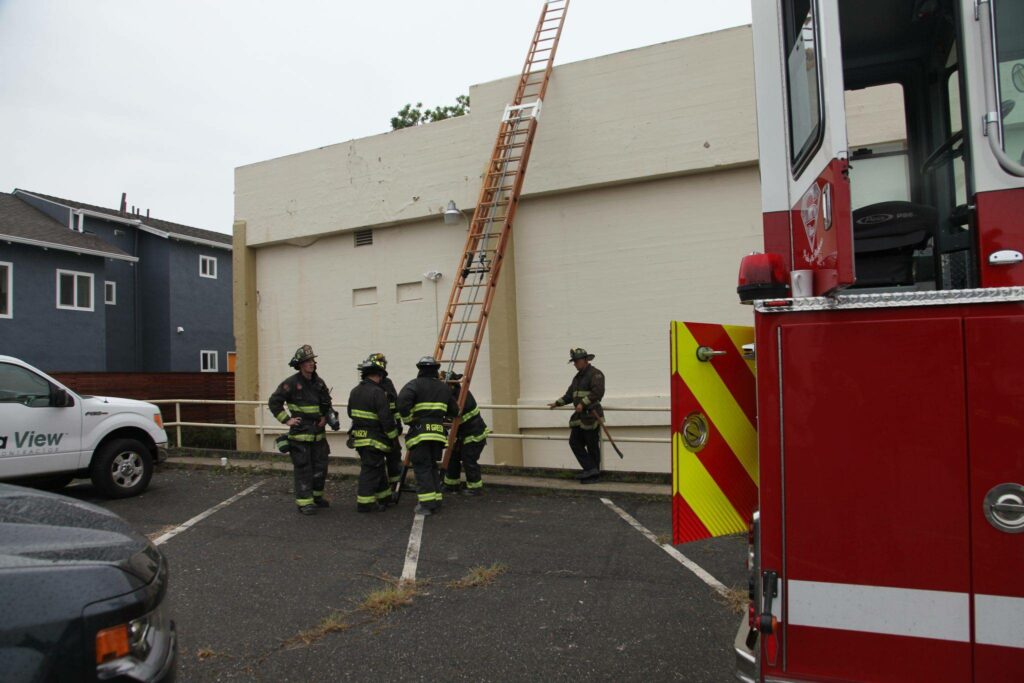 Firefighters have been training on several techniques vital to search and rescue operations, such as roof ventilation (cutting open the roof to expel heat and smoke) and cutting through concrete. These procedures will ensure newer firefighters can expertly extinguish fires as well as Oakland’s veteran firefighters.

“We had a great opportunity from Sierra View contractors to provide this beautiful structure for our new recruits to be able to practice our skills”, said Battalion Chief Ian Whorter. “We don’t get this opportunity often to be able to bring our newer members… to be able to get the first-hand experience with an actual building other than coming off an emergency incident”.

The training has been taking place throughout the week at 3814 MacArthur Blvd in a historic movie theater turned church. The nearly 12,000 sq ft building is set for demolition next month.

This site uses Akismet to reduce spam. Learn how your comment data is processed.